Who We Are
Brattleboro Community Television is a community media center serving eight towns in southern Windham County, Vermont.
Our Mission
To promote civic engagement and transparency, and to empower community members to share their knowledge, views and creativity, without prejudice.
What We Do
As the one and only television outlet for the area, BCTV covers municipal government meetings, educational matters, and documents local events and activities. BCTV also provides equipment and training that allows community members to create content, reaching viewers on cable channels 8 and 10 and at brattleborotv.org.
Service Territory
Brattleboro Community Television serves southern Windham County, Vermont, on two cable systems. Residents of Brattleboro, Guilford and Vernon receive BCTV's signal via Comcast Cable, while residents of Dummerston, Jamaica, Newfane, Putney and Townshend receive BCTV via Southern Vermont Cable.

Public access centers differ from commercial or "public" television stations because the stations are noncommercial and many of the programs you see are created by local volunteers for the purpose of communicating their views or interests to other local residents. Our staff provides training and support to community members who want to create programming, and makes sure the programs are scheduled each week. It's BCTV’s job to enforce the few restrictions on programming content and to give programs equal time on the schedule. BCTV staff do not pre-screen programs.

BCTV is primarily funded by small percentage of the cable subscription fees paid to cable companies by subscribers in BCTV’s viewing area. On your cable bill, this is labeled “PEG fee.”

In 1976 the town of Brattleboro created an advisory board to establish a public access entity. That board eventually became the Board of Directors of Brattleboro Community Television, the non-profit organization created to administer public access in Brattleboro. BCTV was granted channel 8 on the cable system, and became the first PEG access channel in Vermont. BCTV was registered as a nonprofit in the State of Vermont in 1988.

In 1990, Warner Cable took over responsibility for providing public access in Brattleboro rather than giving financial and technical support to BCTV. After a lengthy review, Vermont’s Public Service Board determined that Brattleboro public access should be returned to an independent organization. Channel 10 was added in 2003 to allow more room on the schedule for government meetings.

BCTV held a contract with Adelphia Cable from 2000 to 2007, until Adelphia was purchased by Comcast Cable. BCTV and Comcast entered into a contract in 2010 which extends to this day. When Southern Vermont Cable's Certificate of Public Good was up for renewal in 2010, residents expressed their interest in public access and in receiving both of BCTV's channels. The result was a 2011 contract between BCTV and Southern VT Cable that extends to 2019. 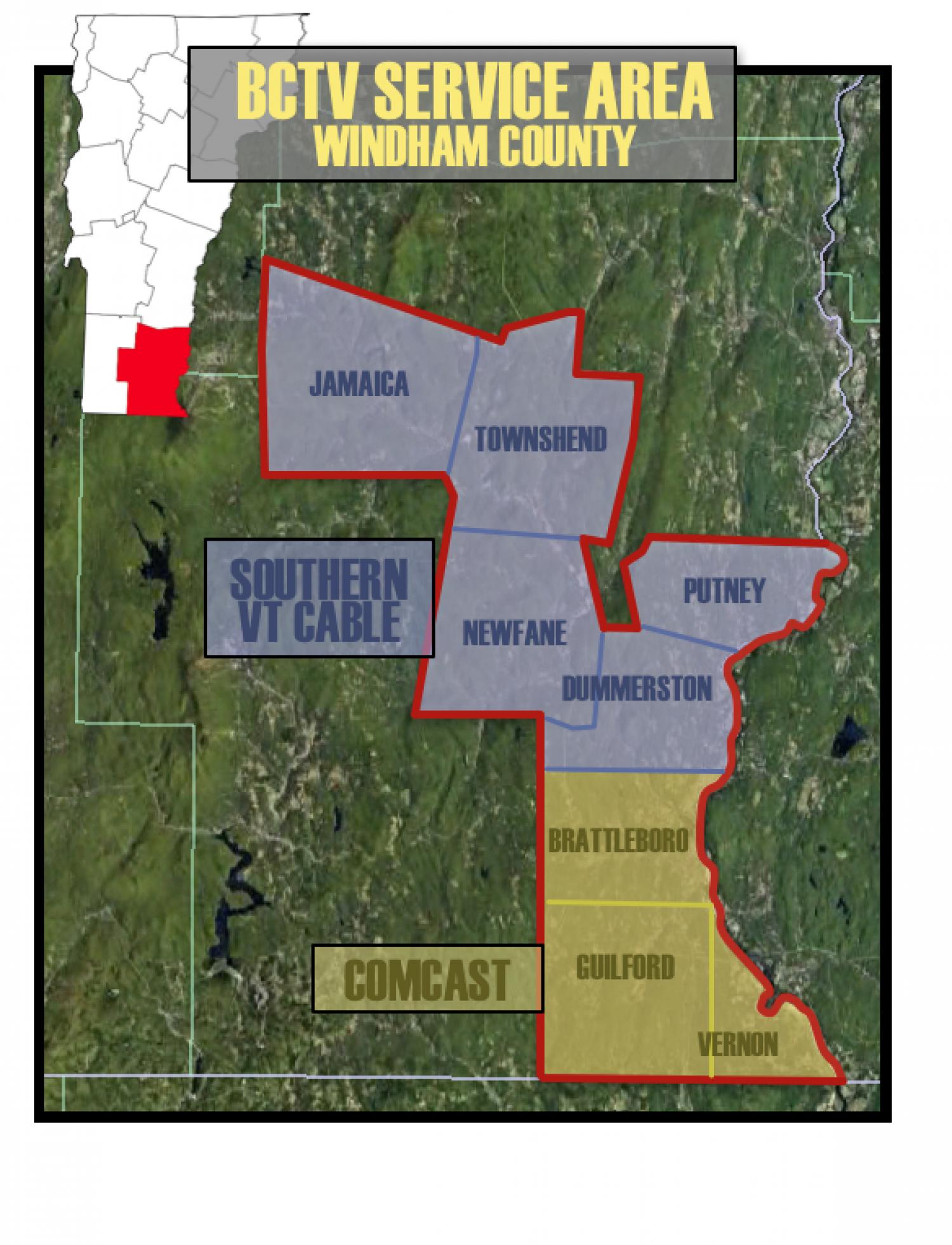 Along with our highlight reels, there's nothing that says "About BCTV" better than our annual reports.